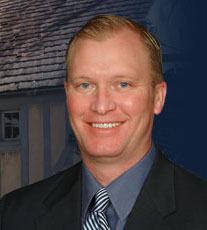 John Newsome is an experienced attorney, litigator, and leader. John spent 15 years as a prosecutor for El Paso and Teller Counties, serving 4 years as the elected District Attorney for the 4th Judicial District, Colorado's busiest judicial district. Over the course of those 15 years, John served as the head of the Vehicular Homicide Unit, the Crimes Against Children Unit and the Department of Juvenile Crime and as a member of the Gang Violence Task Force.

John's litigation background includes extensive and successful motions and trial practice involving high profile homicides, sexual assaults on children, exploitation of children, child abuse, drug offenses, aggravated robberies, burglaries and thefts. He is skilled in all phases of case development, from investigations and warrants, through trial, plea and sentencing, and post conviction proceedings. His experience extends to complex, high profile cases including child abuse and homicides. He is skilled in complex defenses such as mental health and self defense.

In 2014, John was named as a member of the prestigious "Top 100" trial lawyers in the United States. John's expertise has been sought out by the legal, criminal justice, political and education communities. John has served as an instructor at the Colorado Springs Police Department, the El Paso County Sheriff's Office, and at local colleges and community foundations, such as the Children's Advocacy Center. John has educated the state legislature on issues of criminal justice and was appointed by Governor Owens to Chair the Judicial District Judicial Performance Commission.